Crustaceans of the Great Barrier Reef 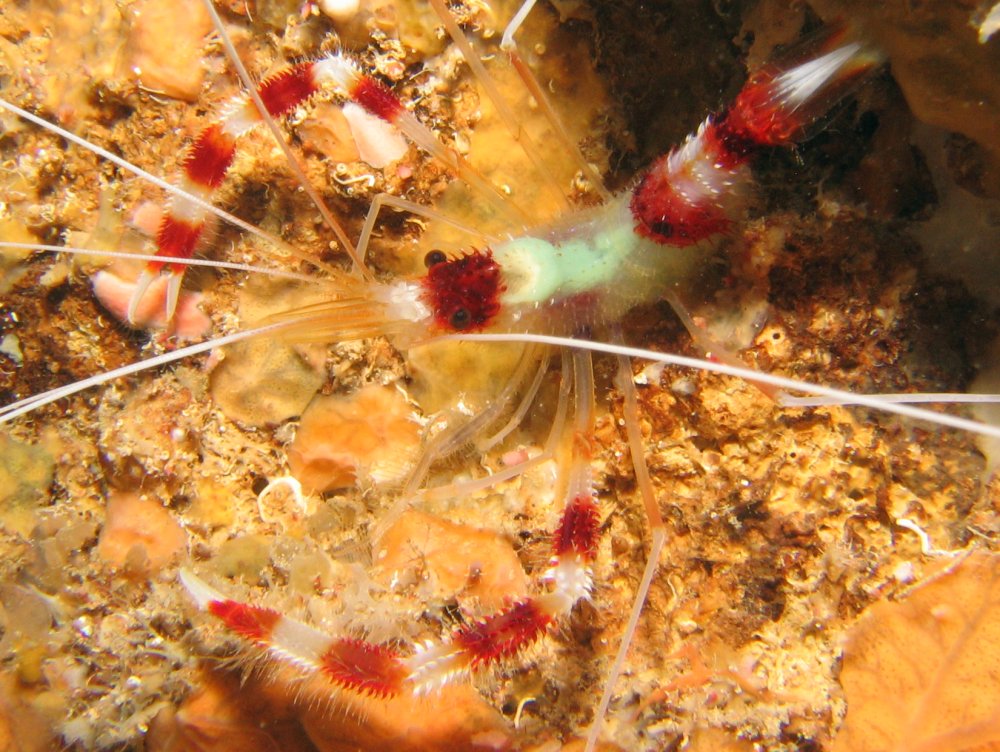 Crustaceans are a very important group of animals on the Great Barrier Reef. The family includes prawns, shrimps, crabs and crayfish.

Crustaceans have a number of jointed legs, two pairs of antennae and often a pair of ‘nippers’. The body has three parts: a head, a middle region (thorax) and a tail region (abdomen). Often the head and thorax are joined together and covered by a single shell called a carapace (such as in the local mud crabs).

Most crustaceans are nocturnal (active at night), and spend the day buried in the sand, or hiding under coral ledges. They feed on a wide variety of food, including plant and animal matter, and some will feed on detritus alone.

Due to their outer shell, they have developed a cunning strategy to grow. When the inside soft tissue has filled out the outer shell, the animal will “break out” of its confines and lie low for a few days until its new shell has hardened. This process is called ecdysis. If a crustacean should happen to lose a limb or claw (which happens often when they are fighting over territory), they have an amazing ability to regrow a new one.

Not all crustaceans are mobile. Barnacles, once they have found somewhere nice to live (like on a rock or a whale!), they produce a shell. They then rotate their bodies so that they are lying on their backs, and stick their feather like limbs out the opening to direct plankton down to the mouth.

The banded coral shrimp is one of the best known cleaner shrimp species. They clean parasites and excess mucus from fish and are an aquarium favourite. They are recognised by their long antennae and red and white bodies. Usually found in pairs, the male is normally smaller than the female. The female has blue ovaries that can be seen easily through her body during reproduction.

One of the most amazing crustaceans found on the Great Barrier Reef is the mantis shrimp that lives under the sand. Their claws come in 2 forms; either clubs or spears, and they use these very effectively to bludgeon or impale their victims. They are very colourful, and are often kept in fish tanks. Be careful, however, because the ones with club claws have incredible power, and have been known to break the glass in tanks up to 2 cm thick!