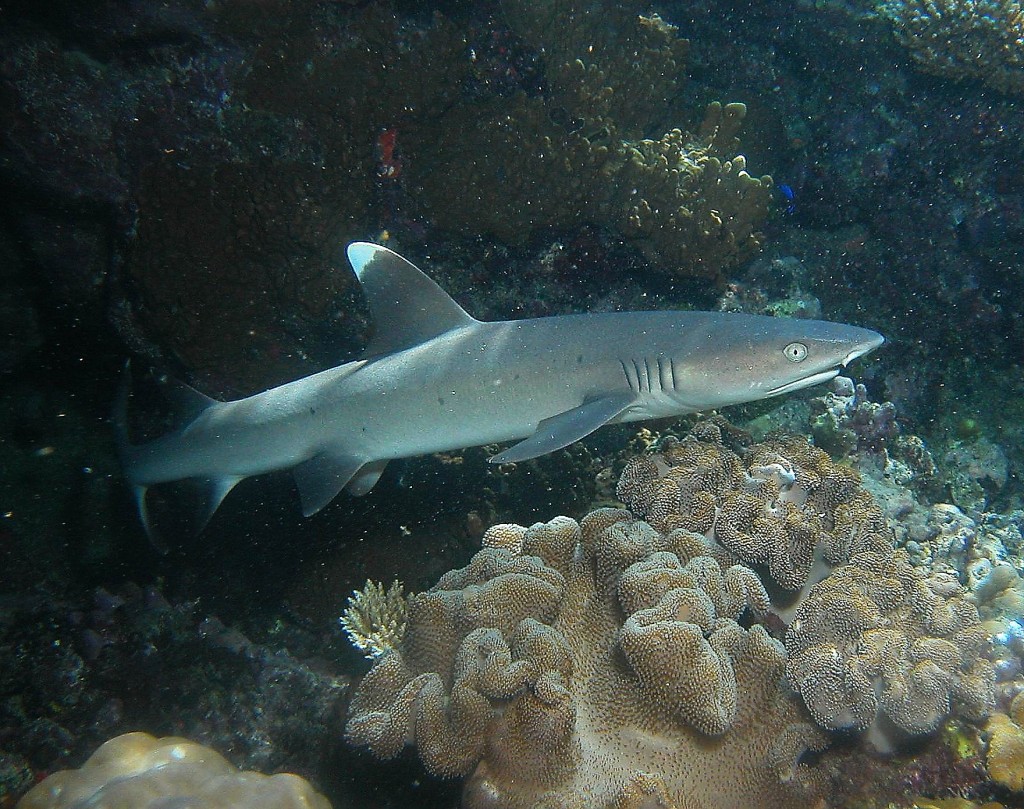 The Whitetip Reef Shark (Triaeodon obesus) is one of the smaller shark species found on the Great Barrier Reef. It is easily recognizable by its slender body and short but broad head, as well as tubular skin flaps beside the nostrils, oval eyes with vertical pupils and white-tipped dorsal and caudal fins.
They are a not aggressive but are extremely curious and will often approach swimmers closely. They have been known to steal fish from the spears of spear fishers.

They are rarely seen during the day, which they spend resting inside caves as unlike some other shark species they do not need to constantly swim to breath. They are often sighted at night when they emerge to hunt.