The close association with the Quicksilver Group, daily reef access and boat use has provided a unique opportunity to conduct research programs.

This has resulted in a variety of projects over the last 10 years including environmental impact programs, investigations into tourism operation effects on reef fish populations, coral communities and water quality. To be able to differentiate between man-induced and natural changes is an issue coming more to the fore as human activities increase on the reef.

Such distinctions can only be made through ongoing research and long term monitoring programs. This research is vital to not only the successful preservation of the reef but also the long term planning of tourist operators utilizing this resource.

The following directly related research projects are of obvious importance but there are others with even more broad ranging effects. Reef Biosearch staff also assist many visiting scientists from numerous research institutes and universities to achieve the aims of their research projects.

Nutrient Levels
There is mounting concern over the increasing amounts of nutrients such as phosphates and nitrates washing from coastal lands to reef waters. These can lead to an increase  in algae growth and the death of coral as a result of Eutrophication.

There is also evidence of major effects on some overseas reefs and already on near shore local reefs. Nutrient levels increase due to clearing of trees for grazing land, fertilising nutrient poor ex-rainforest farmlands and localised sewage outfalls.

Reef Biosearch was an integral part of the first comprehensive water quality monitoring exercise in the marine park in conjunction with Marine Parks, Australian Institute of Marine Science and University of Queensland. Phytoplankton, nutrient and chlorophyll levels were assessed in waters from Port Douglas to the outer edge of the barrier reef at a series of sites.

These results will enable the determination of long term trends in water quality and large scale spatial variation, as well as creating a baseline against which future trends may be judged.

Giant Clams
Another major study under way is investigating giant clam populations and the causes of occasional mass mortalities. Clams in a variety of reef areas are being mapped and tagged to assess survival and growth of existing populations. Known disease free clams from Orpheus Island research station have been successfully relocated to the same reef areas to enable sampling to be performed on a controlled non-native stock of clams to hopefully identify the cause of these deaths. 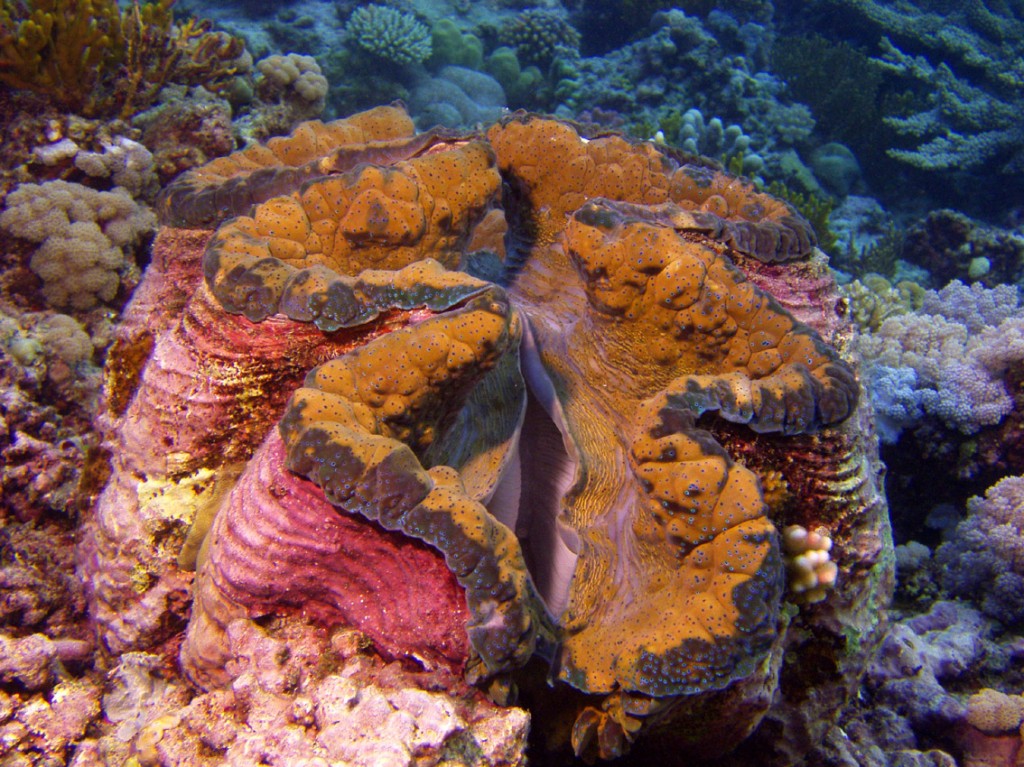 Eye on the Reef
Reef Biosearch is also involved in the GBRMPA sponsored “Eye on the Reef” logbook program, (the precursor of which was developed by Reef Biosearch staff). This program aims to assess general reef health and highlight potential problems regarding coral diseases such as tumors, black and white-banding and also coral predation by Drupella snails and Crown of Thorns starfish.

Jellyfish
Reef Biosearch have been involved in jellyfish research for a number of years, and are currently working in conjunction with the Surf Lifesaving Association of Australia in an effort to identify their movements and develop an antivenin for the cubomedusae jellyfish Irukandji Funding is derived from the usual government sources such as GBRMPA, CRC Reef Research Centre, University funds and collaboration, but also aided by Quicksilver support, particularly at the pilot stage of research projects.