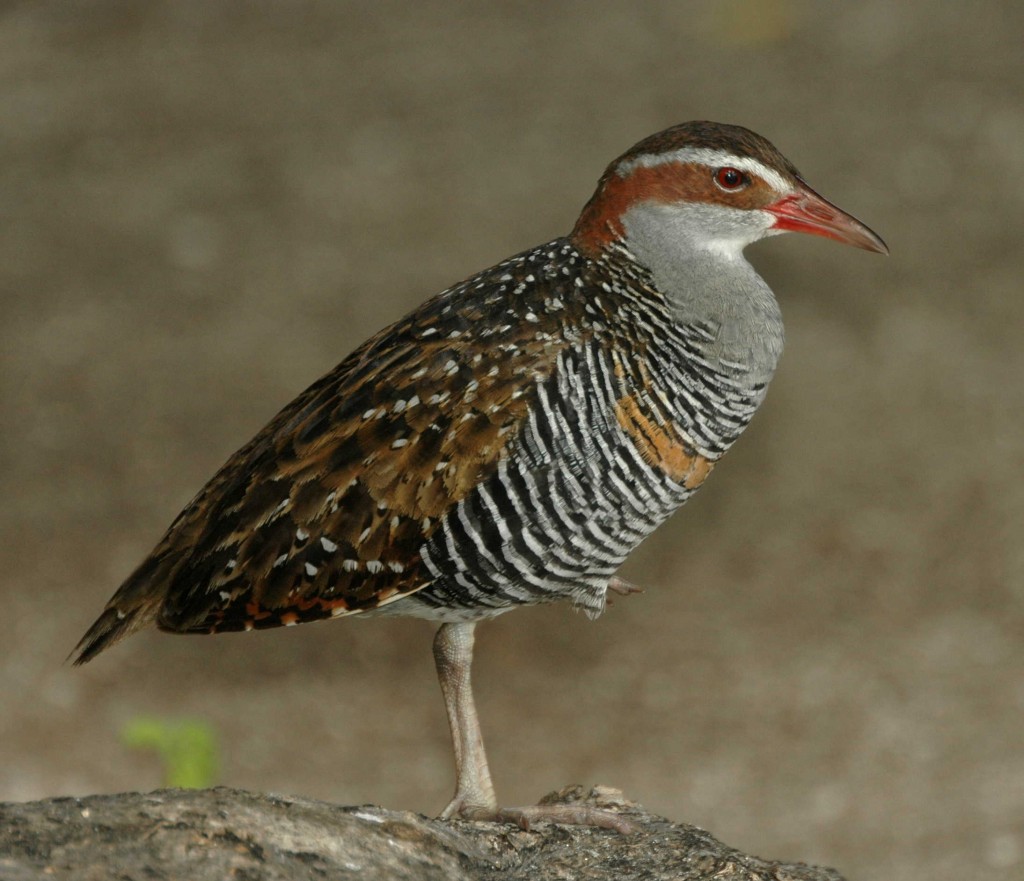 The Buff-banded Rail is a demure, distinctively coloured medium sized rail of the Rallidae  family. It is found throughout many island of Australasia and the south-west Pacific region.

These birds are ground dwelling nesting birds the size of a small domesticated chicken. They have mainly brown upper-parts, finely banded black and white underparts, a white eyebrow, chestnut brand running from the bill round the nape, with a buff band on the breast.

Usually they are quite shy but become very tame and bold when used to humans in their habitat. They are well known on Green Island for being inquisitive and stealing the odd chip off unsuspecting visitors. They forage in the ground litter, using their feet to stir up leaves in the pursuit of insects and small lizards but will also eat seeds, fallen fruit and other vegetable matter.