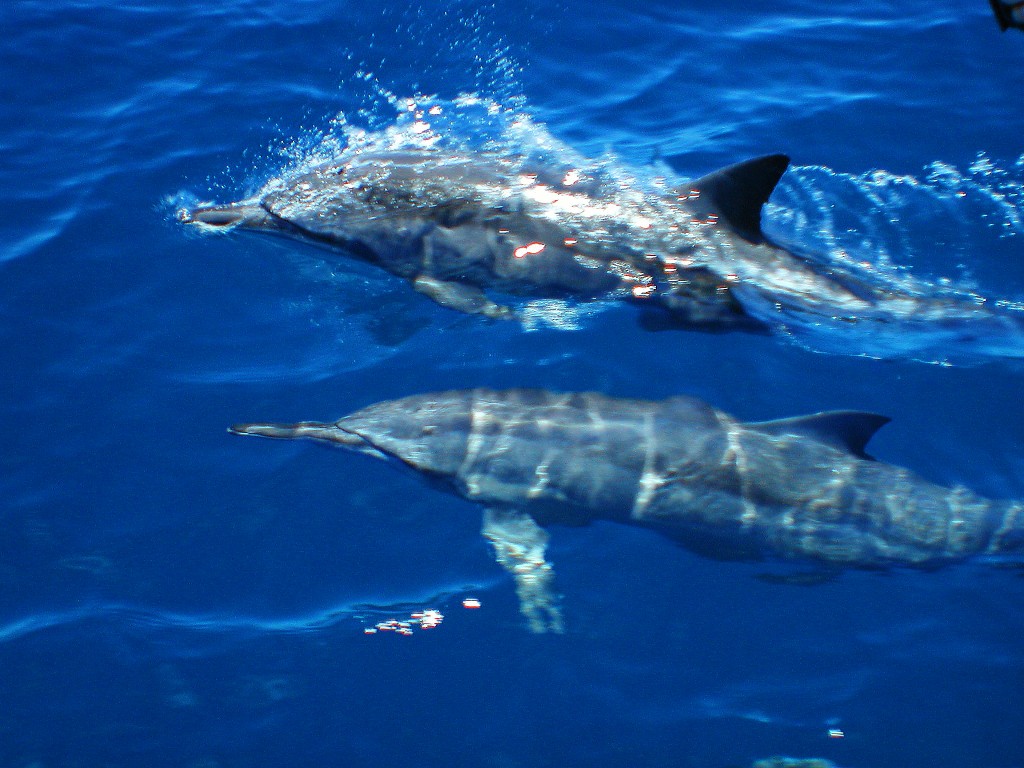 Spinner Dolphins (Stenella longirostris)  – These small (2-3m) dolphins are found throughout both temperate and tropical waters, and are frequently seen by visitors to the outer reef. Their name is derived from the fact that they spin as they leap out of the water. Why they do this is unknown, but highly speculated.

They are smaller and slender than bottlenose dolphins, and have well defined markings, making identification of individuals fairly easy. They appear to be fairly playful, and will often ride the bow wave of vessels.

The pods (or groups) can be quite sizeable, reaching over 200 in number. The Agincourt reef system have had 2 pods present for a number of years that are seen frequently, one pod with approximately 40, and the other slightly larger (70+). They were particularly interested during the installation of the Ag3 pontoon in the mid-90’s, with sitings on a daily basis. Being toothed cetaceans, their major source of food is fish, squid and occasionally birds. The species name, longirostris, is latin for long snout, or nose.

(Images may not be copied, printed or otherwise disseminated without express written permission of The Quicksilver Group)