Eels of the Great Barrier Reef 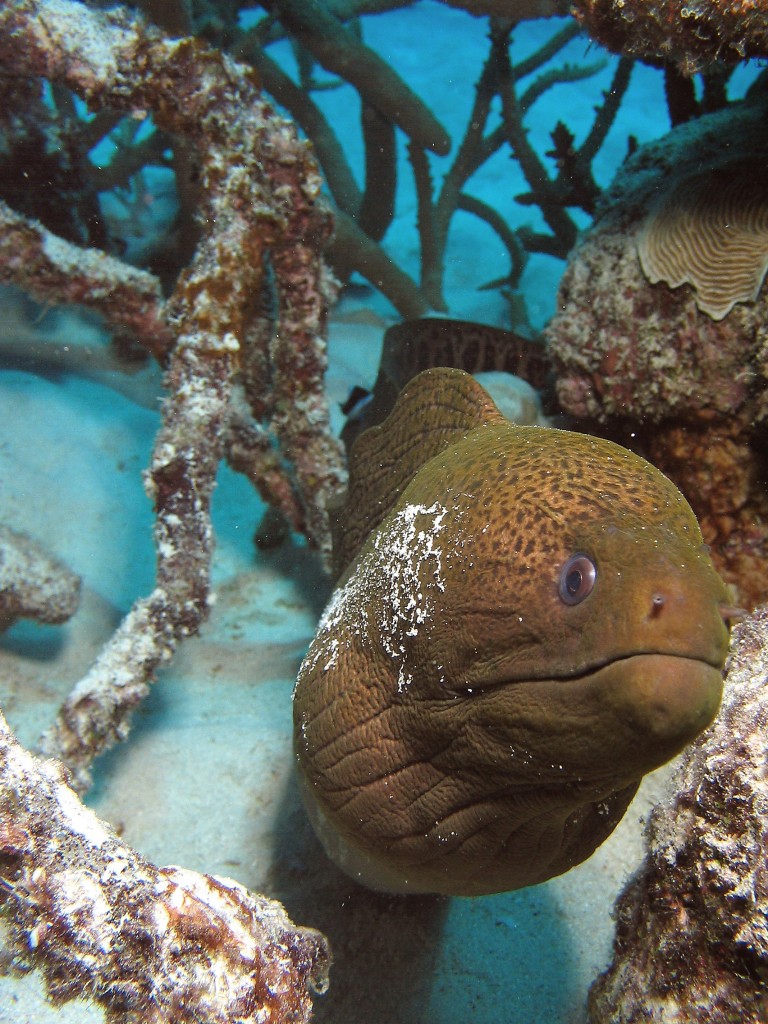 Although eels aren’t the most obvious fish you’re likely to encounter on your visit to the Great Barrier Reef (GBR), they are certainly one of the most fascinating. There are more than 700 species of eels worldwide, and a large number are found on the GBR.

One perennial favorite are the moray eels. This generally large eels lack pelvic and pectoral fins, but have a dorsal and ventral fin that runs the length of their body. They have very large canine teeth, designed for gripping prey, and then swallowing them whole (although a few species have evolved a taste foe crustaceans, and have small conical teeth so they can crush their prey). These gentle giants can reach up to 2.4m long.

If you get close to a moray (but not too close!), you may be able to make out some tube like extensions to their nose. These highly sensitive structures allow the moray to “taste” the water for chemical cues. This is a great advantage, as their eye sight is generally quite poor. Their poor vision has earned them an undeserved reputation for being aggressive, because they have often bitten the hands of divers who have tried to hand feed them (not a good practice!). The eels, unfortunately, can’t determine where the food stops, and the hand starts, and their raking jaws can cause nasty, and easily infected, wounds.

Morays have the ability to tie their bodies in knots and use this to gain leverage when tearing food. It was long thought that this was only a story, not based on fact, but has since been verified. Long, flexible fishes such as eels swim by flexing the whole body into lateral waves. This is known as anguilliform swimming. Most eels (including the Green Moray) have laterally compressed tails. The Green Moray also has well a developed dorsal fin which results in further compression of the body.

Although it appears that eels have no scales, they are generally present as minute, conical structures. The eels that you see on the menu at a fancy restaurant do not come from the ocean – they are all freshwater eels, and Australia produces some of the highest quality eels for the domestic and international market. All saltwater eels are prone to harboring ciguatera, a toxin that can cause severe poisoning in humans.

If you go out to the reef looking for eels, your best chance is to swim along the inner edge of a reef, and observe carefully, and you might encounter one swimming from hole to hole, trying to find its next meal.